When attending the Maryland Institute, College of Art in Baltimore back in the film days, I created a series of “upside-down” images that were made by first shooting a photograph of urban architecture, then turning the camera upside-down and shooting the identical scene as a double-exposure to create a sort of optical illusion. This was tricky to do with a 35mm film camera because in those days SLRs were designed to prevent accidental double-exposure. But is was fun to do and the results were totally unpredictable. 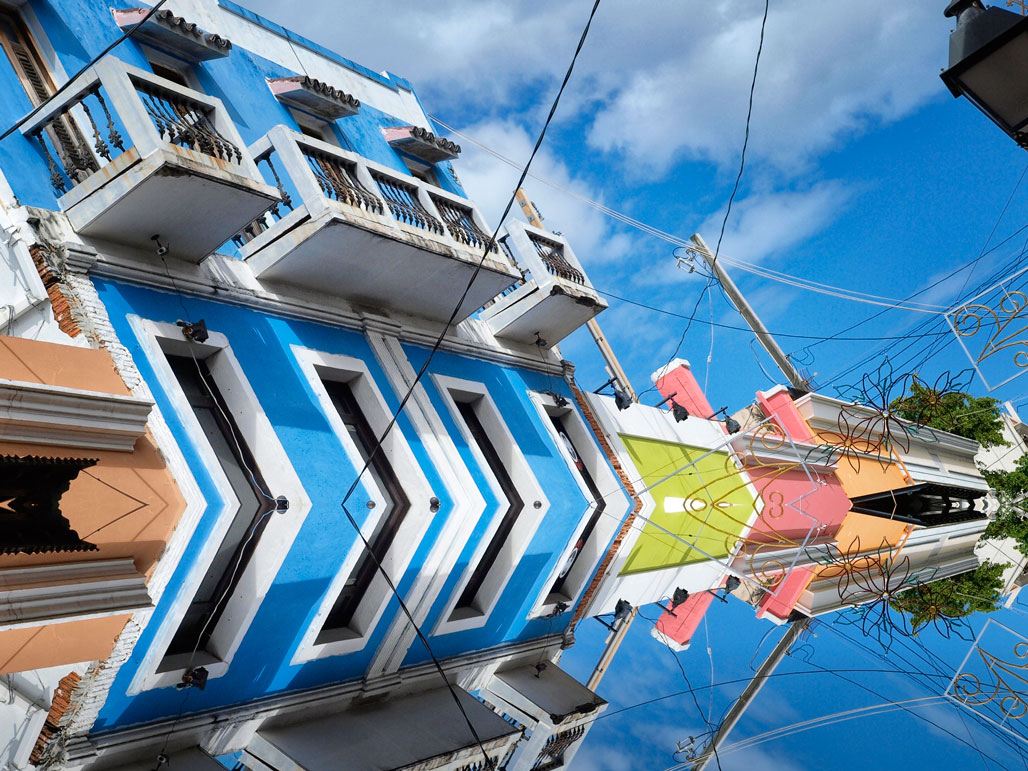 Flash forward to today and I watched how the opening title sequence of Amazon’s Bosch TV series uses a similar technique, although I doubt the cinematographer turned the camera upside down; instead the production company probably used digital techniques to produce those Escher-like effects.

I thought it might be fun to revisit my old technique, this time using the wonderfully clever Photoshop-compatible plug-in called Flood that’s available for download from Flaming Pear Software ($33) with some of the images that I shot in Old San Juan, Puerto Rico.

The Flood plug-in can be used to create all kind of realistic water effects too, as you can see in an example of a photograph of my old Jaguar XJ-6 (I miss it’s style but not its problems) on my car photography website. As I mention in that post, the simplest approach to creating water effects is to click on the “dice” icon to produce a random combination of effects. Keep clicking until you find a look you like and then use the sliders to tweak the effect. You can also skip the dice and use the sliders to create the effect. The dice works faster than using the sliders but why not try it both ways. Tip: If you slide all of the water effects to zero, you can get the kind of smooth, flat reflections seen above.