“A bank is a place where they lend you an umbrella in fair weather and ask for it back when it begins to rain.”— Robert Frost 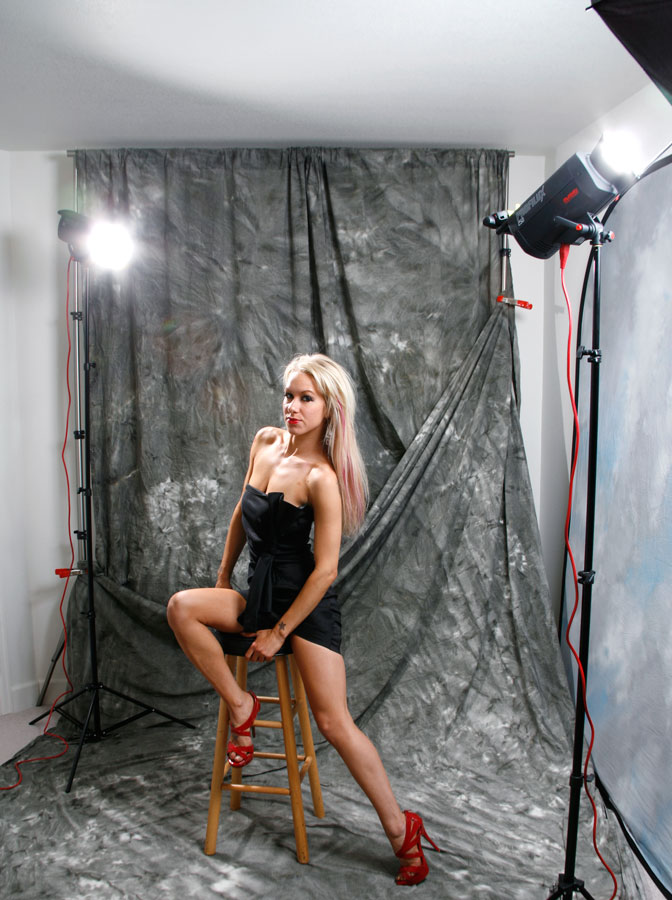 I’ve said it before but I think that it’s worth repeating: Photographic umbrellas are the simplest, useful and most inexpensive form of light modifier you can buy and use for portraiture. And that makes them the most popular too.

Photographic umbrellas look and act like rain umbrellas except sometimes they’re reflective and light is bounced into or can be shot through them creating a big, soft light source that can be aimed at the subject. Sometimes their fabrics are translucent (or made of diffusion material) too. 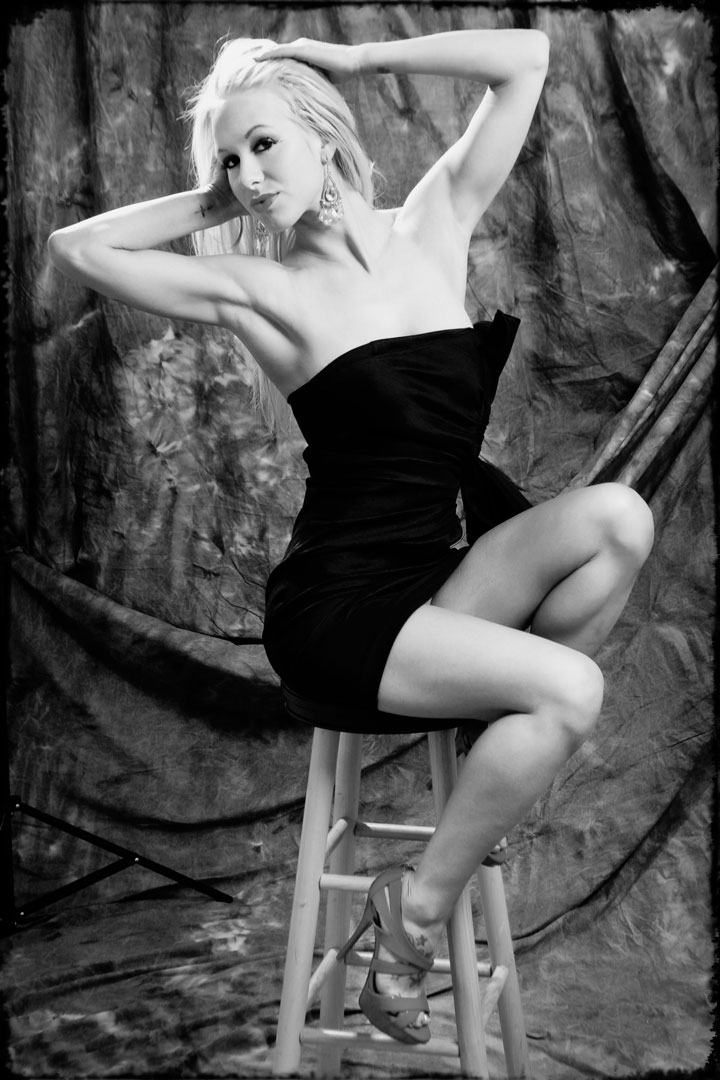 How I made this shot: This image of Stevie Weisbeck was made with a Canon EOS 5D Mark I and EF 28-135mm f/3.5-5.6 IS USM lens (at 80mm.) Lighting is as shown in the above set-up photograph with a monolight placed at camera right with a 32-inch umbrella mounted with another monolight placed at camera left and behind the model using it’s basic reflector. Exposure was 1/125 sec at f/11 and ISO 100.

An Adorama muslin background was draped using my Home Depot clips. Unfortunately, this backdrop was destroyed in “that flood” that created problems all over my basement, including my home studio.

The original color JPEG file—made prior to my now-standard RAW+JPEG regimen—was converted to monochrome using Exposure Software’s Exposure X4. I know the plug-in’s currently up to X6 but that was the only version that will currently work correctly on Photoshop CS6 and the OS version I am currently running on my 5K iMac.

My book Joe Farace’s Glamour Photography is full of tips, tools and techniques for creating glamour and boudoir photography and includes information on all of the cameras that were used as well as the complete exposure data for each image. New books are available from Amazon for $20.99 with used copies starting at $8.90 as I write this, a bargain if I ever saw one. The Kindle version is $19.99 for those preferring a digital format.