McCabe Meadows is a park that’s located near Parker, Colorado along the west side of Parker Road just North of Indian Pipe Lane and the Country Meadows subdivisions. The park includes a trailhead with access to Cherry Creek Trail, a fitness circuit, a pavilion with tables and public restrooms. The Parker Arboretum is also located here. Because of the large number of deciduous trees in the park, I’ve also found that it’s also the best place that’s close to Daisy Hill for me to make infrared images. 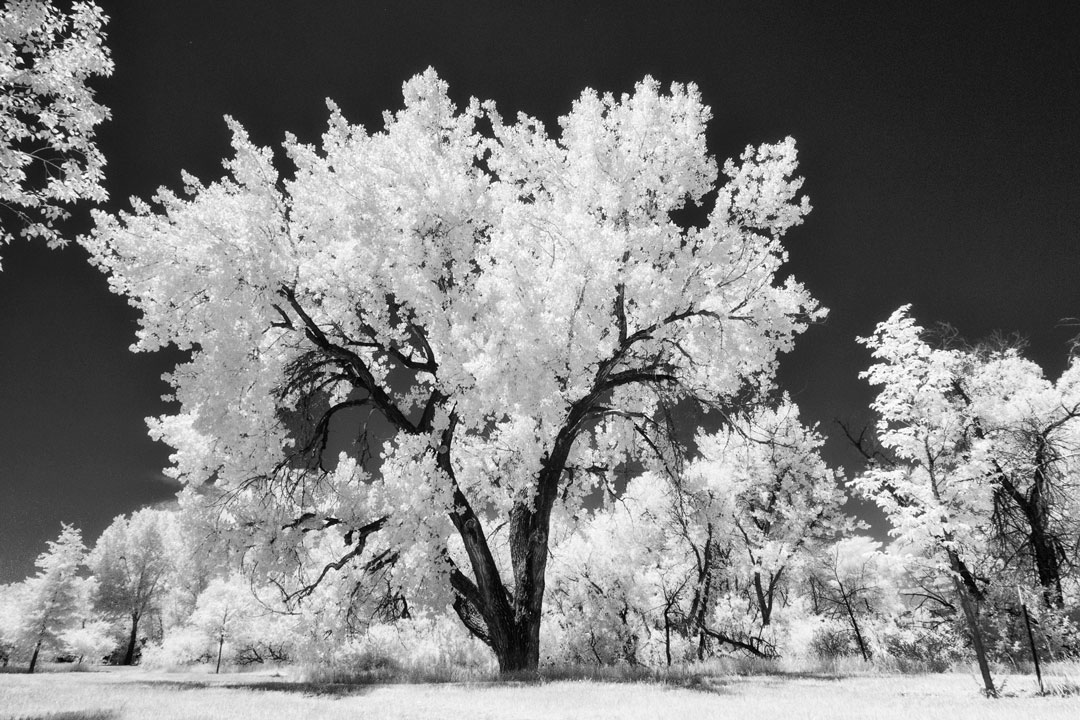 How I Made this Shot: The above image was shot using a Panasonic Lumix G6 that was converted to infrared-only capture by LifePixel using their Enhanced IR (equivalent to 665nm) filter. Lens was the selfsame Leica DG Vario-Elmarit 8-18mm f/2.8-4 ASPH lens (at 8mm) with an exposure of 1/200 sec at f/11 and ISO 400.

As you can see when shot at 8mm, as in the above image, you can experience some pincushion distortion if the lens in not held perfectly level. In this case I was shooting from a low angle handheld but more careful and level placement of camera and lens at this focal length should minimize this effect.

The metal lens body is splash, dust, and freeze proof for use in challenging environmental conditions, and its 240 fps autofocus works for both photo and video shooting. The lens focuses as close as nine-inches, which may not produce true 1:1 macro images but it’ll do until a real macro lens come along.