Infrared in the Snow Revisited

“With luck, it might even snow for us.” ― Haruki Murakami

Can you shoot Infrared Photography in the Snow? The earliest snowfall on record in the Denver area was 4.2 inches on September 3, 1961. The second earliest snow fell September 11-12, 1974, when a strong cold front brought 1.8 inches along with unseasonably cold temperatures. Pueblo, Colorado saw its record-earliest snowfall on the morning of September 9, 2020, a record that had stood since 1898. It was somewhat less here on Daisy Hill. Snow was expected this past Tuesday, although Alexa told me there’s just a 52% chance. It didn’t happen. 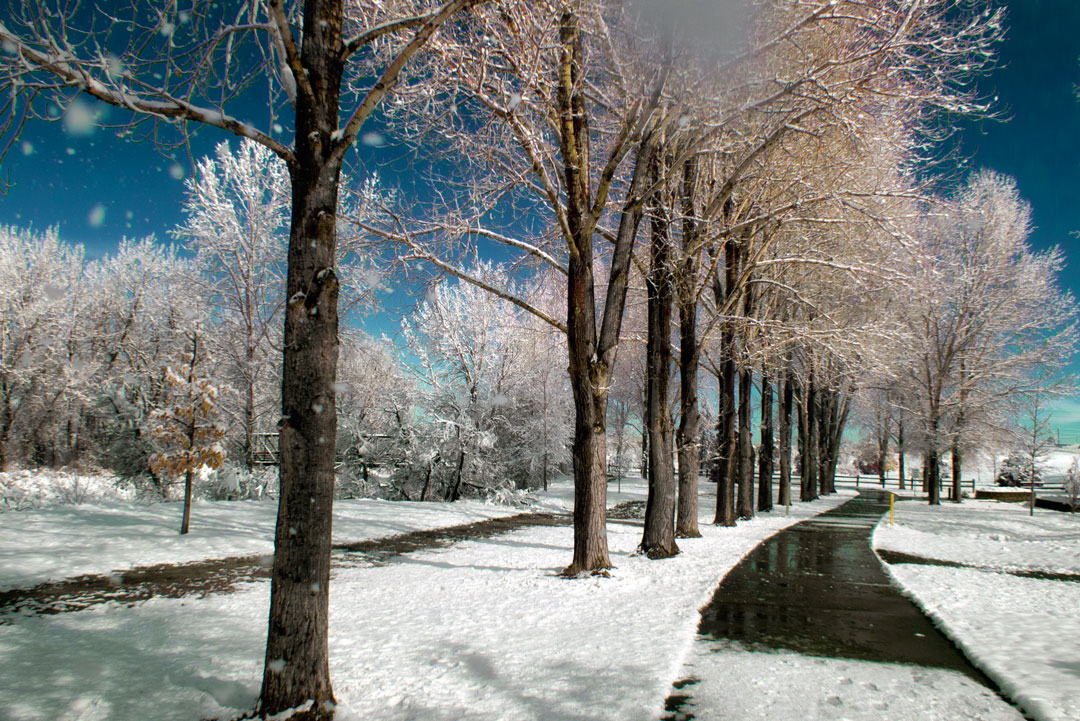 But to answer my own question: Yes, you can shoot infrared in the Winter and even in the snow. While the Wood Effect produces bright-to-white reproduction of the chlorophyll layer of deciduous plants, even non-deciduous plants and trees in a wintry scene can show a tiny effect and, to my mind, work perfectly with the snow on the ground. 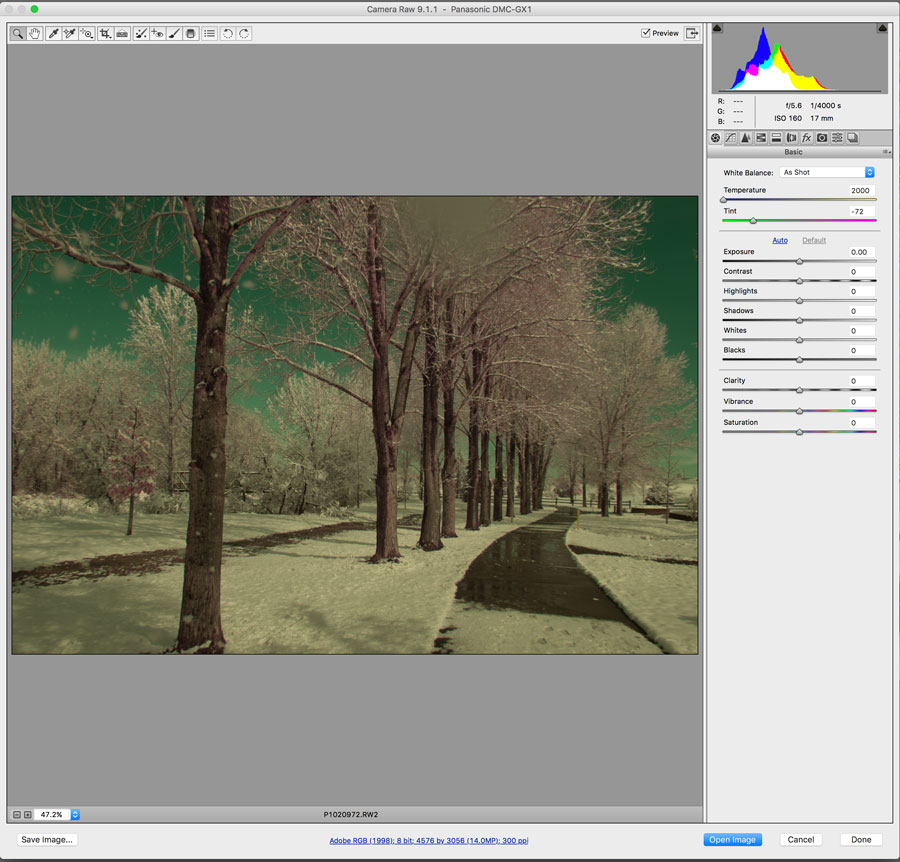 How I made this shot: It was snowing lightly when I made the above image at McCabe Meadows. The photograph was captured both as a JPEG and a RAW file with the Lumix GX-1 that I purchased used from Roberts Camera and had converted by Life Pixel using their Hyper Color filter. Lens was an Olympus M.17mm f/2.8. As you can see by the Adobe Camera RAW screenshot at right, the original image was slightly (OK, maybe more than slightly) underexposed with an Av exposure of 1/4000 sec at f/5.6 at ISO 160.

To create the image you see above, I opened the RAW file in ACR and then used Photoshop’s Levels command to bring the histogram into balance. I could have used my technique for Correcting Underexposed Portraits but didn’t. Then I applied the set of Actions that were part of a tutorial package offered by Life Pixel for purchasers of their conversions, specifically the Hypercolor to Standard Action. I then used Vivenza to punch up the Contrast, Saturation and Structure. Next I applied the Glamour Glow filter that is part of Color Efex Pro to knock off any rough edges that were added with Vivenza.

And to answer the question “Can you shoot infrared in the snow?”  I can only respond as the late Dayton Allen often did on The Steve Allen show, “Why not?”