These days most of the sensors found in DSLRs and mirrorless cameras are sensitive to more than just visible light, a fact that can can sometimes cause color balance problems. That’s why most manufacturers place an anti-aliasing filter in front of the imaging chip to block any interfering light including infrared. This filter rejects infrared light while protecting your images from color errors and desaturation without loss of ISO speed.

An anti-aliasing (or optical low-pass filter) performs these functions and minimizes aliasing and moiré in your photographs but at the expense of sharpness, which is why more and more camera are eliminating it. The Pentax K-1 Mark II that I tested for Shutterbug lacks an optical low-pass filter but includes an AA Filter Simulator function, which slightly moves the sensor to mimic the effects of a physical filter. 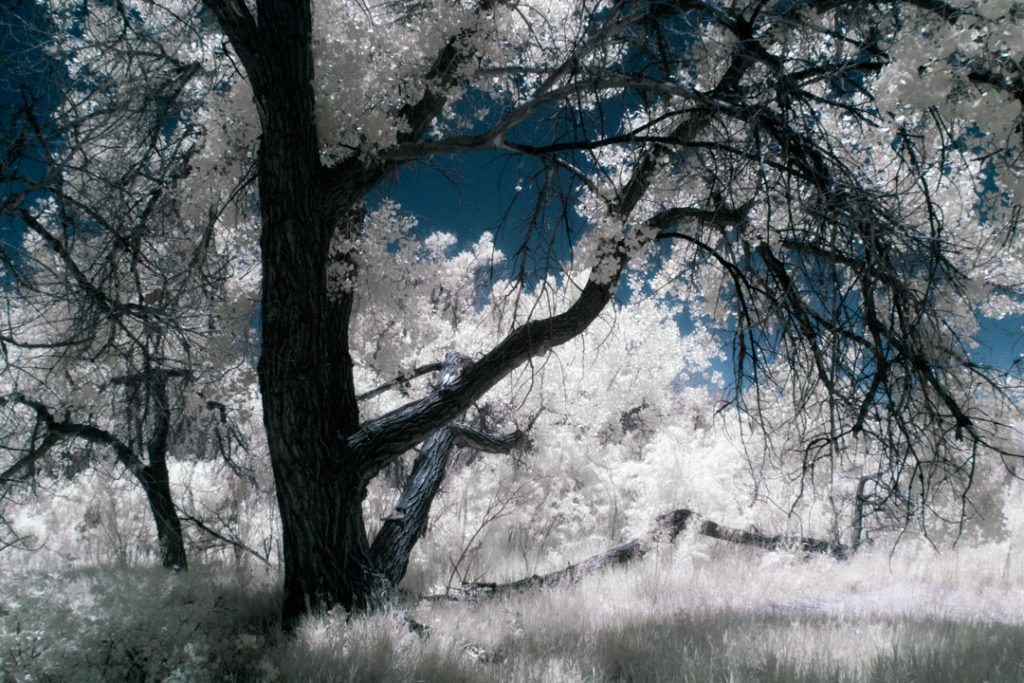 How I made this shoot: I photographed this wooded area in McCabe Meadows near Parker, Colorado using a Panasonic Lumix G6 that was converted for infrared capture by Life Pixel using their Enhanced IR filter. Lens was the Olympus M.17mm /2.8 with an exposure of 1/250 sec at f/16 and ISO 400. The RAW file was processed in Photoshop using Life Pixel’s actions, Vivenza and the Glamour Glow filter found in Color Efex Pro.

While the sensors in most digital cameras are fitted with that infrared cut-off filter designed to reduce IR contamination, many cameras let enough IR through to allow at least some, what some call, near infrared photography. Here’s how to leverage that fact: 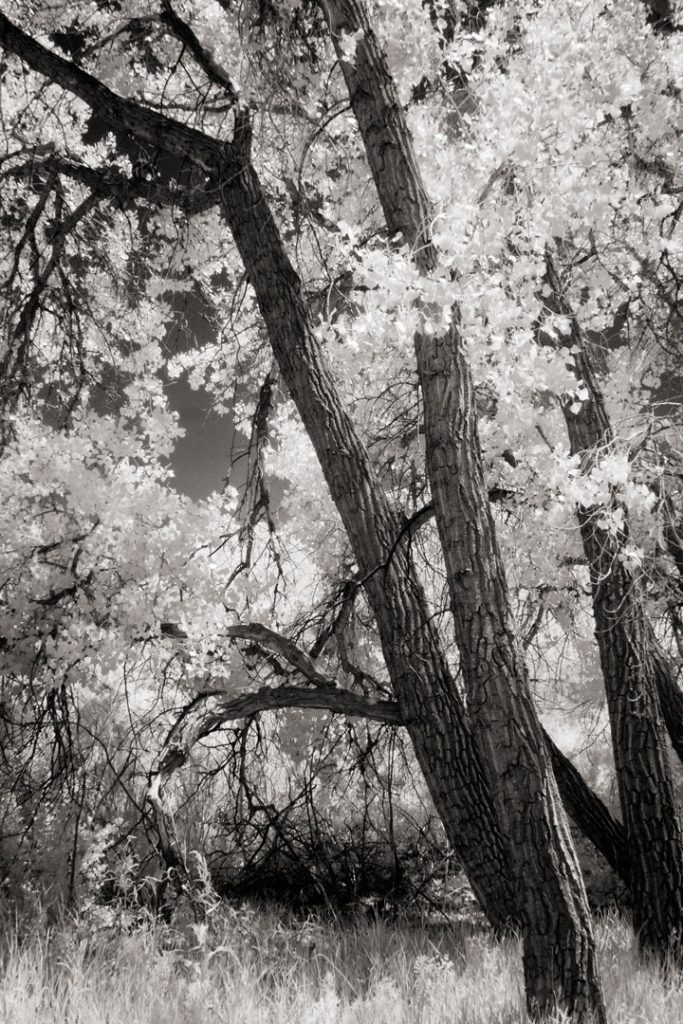 One of Farace’s Laws is that most DSLRs and mirrorless cameras that I’ve tested can be used with the appropriate filter to capture infrared images. (I can’t speak for Sony cameras because I haven’t been able to test their infrared capabilities.) Like everything in digital imaging this is subject to change, so you’ll need to test your own camera to find out. How do you do it?

How I made this shoot: I photographed this wooded area in McCabe Meadows near Parker, Colorado using a Panasonic Lumix G6 that was converted for infrared capture by Life Pixel using their Enhanced IR filter. Lens was the Olympus M.17mm /2.8 with an exposure of 1/160 sec at f/16 and ISO 400. The JPEG file was processed in Silver Efex Pro and Platinum toned with PhotoKit 2.0.

Whenever I get a new camera, I run downstairs to the family room and give it the “remote control test” that, I think, is one of the easiest ways to see if your camera is infrared capable: You point a TV remote control at the lens and take a picture or look at the image on the LCD screen. If you see a point of light, you’re ready to make IR digital images with the appropriate filters. Caveat: Some readers have told me that this test is not infallible but it’s the only one I know short of sticking an IR filter in front of the camera’s lens and, you know, see what happens. This latter test is infallible. Tip: Maybe someone will loan you an IR filter to give it a try.

What happens if your camera fails the test and you still want to shoot IR images? The best solution, if you’re really serious about IR photography, is to convert a camera to infrared-only capture as was done with the Panasonic Lumix G6 mirrorless camera that I used to make today’s featured photographs.