How (and Where) I Photograph Women, Part I

First a disclaimer: This is a CliffsNotes version of my approach to photographing women and is not an end-all, be-all look at all of my techniques; it’s just some of my thoughts. The series of four books that I wrote about photographing women contains close to 100,000 words on this subject. Click on the Books section for details and links to purchase them on Amazon.

It may come as a surprise to some of you but I didn’t start out as a people photographer. When Mary and I opened our studio in 1982, we divided the workload based on the type of images our clients wanted. It turned out that she photographed people and I photographed things, mostly architecture and products. Every now and then because of scheduling and availability I would shoot a few business portraits but people were always Mary’s game. 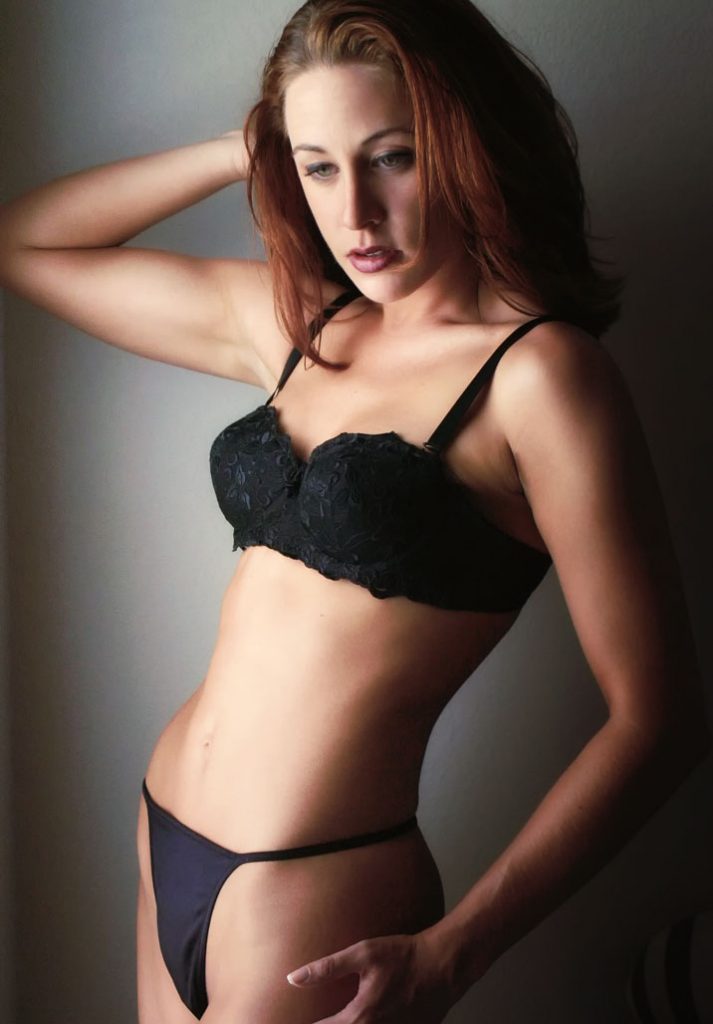 When I took an extended sabbatical from the studio’s day-to-day operations, things changed when I looked at some of the new glamour photography appearing on the Internet at that time and got interested in photographing people, especially women. Along the way I wrote Part-Time Glamour Photography: Full-Time Income, with new and used copies still available from Amazon.

Here’s what I found: All of the ingredients for making portraits of women are easy to find: All you need a subject, camera and light.

In the first two parts of this series, I’m going to talk about where I photograph women. I discovered that I didn’t worry about exactly where to make portraits because there’s a better-than-average chance at creating great portraits by looking around your home. You should look for places where there’s some natural light and you don’t always need a lot of it as can be seen in the above image.

In my former home the best light was found in the kitchen. It had a large North-facing bay window with three large individual windows and up-and-down blinds that let me control light; all I required was a little help from reflectors and fill flash. If the front of my former home house gets lots of light, the back got less, especially in the dining and living rooms where tall narrow windows create a strip light effect that I use to create low-key portraits. 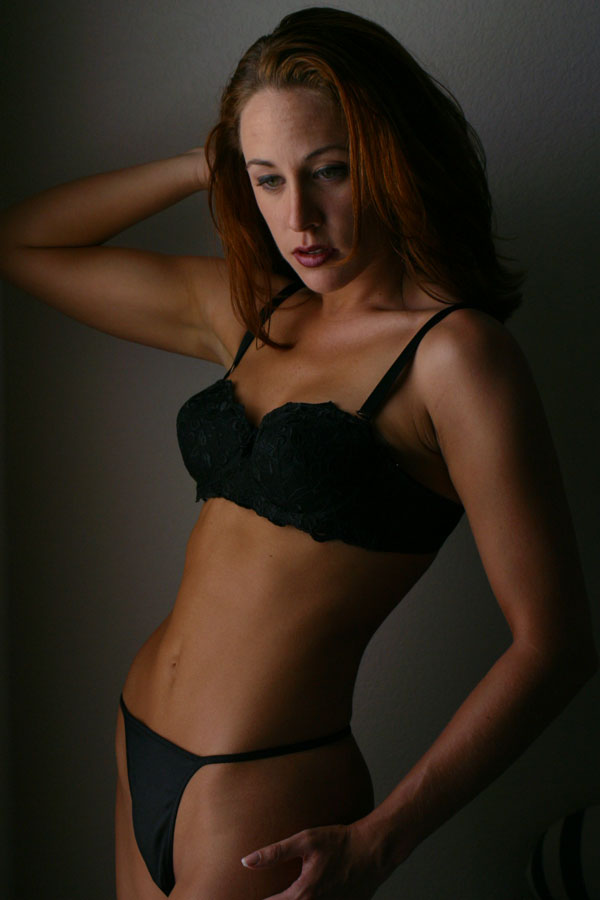 Low key pictures concentrate on the darker tones, conveying an atmosphere of mystery and use higher contrast lighting with some of the subject in shadow and typically has a few brightly lit small areas to keep it from being dull and it’s where I photographed Megan, who was referred by a local modeling agency.

How I made this shot: I photographed Megan in the living room of my former home. The final JPEG file was slightly underexposed but was rescued using techniques that I explain here. I didn’t come to embrace RAW capture until later and nowadays shoot RAW+JPEG during all portrait shoots. The camera used was a Canon EOS 50D with the inexpensive and now discontinued EF 22-55mm f/4-5.6 USM EF lens with an exposure of 1/100 sec at f/7.1 and ISO 400. It was retouched with diffusion added from the Glamour Glow filter that’s part of Color Efex Pro.

In Part II: You don’t need a studio or even lots of room to produce portraits because we all have access to “the great outdoors. Working outdoors can be fun but introduces a bunch of variables you can’t control starting with the weather, wind and bugs. After just a few shots of a model at Barr Lake, she had had enough of the ants crawling on her and believe me it’s hard to photograph anybody when they’re jumping up and down while being assaulted by creepy-crawlies. To be continued…

My book Joe Farace’s Glamour Photography is full of tips, tools and techniques for glamour and boudoir photography with new copies available from Amazon for $21.36, as I write this. Used copies start at the hard-to-beat price price of $6.49 and the Kindle version is $19.99 for those who prefer a digital format.