How I Created a Monochrome Portrait 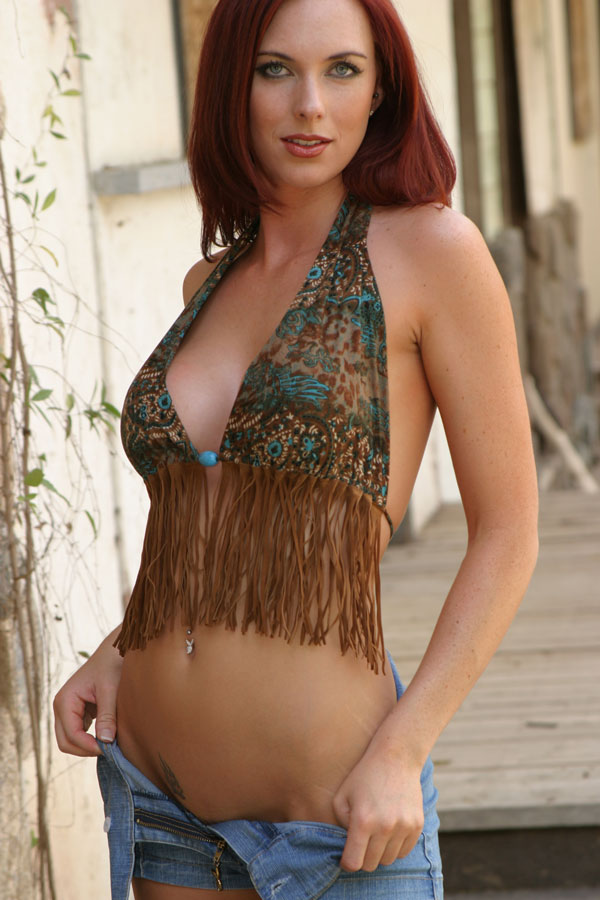 Black and white is a wonderful media for creating portraits because it produces a classic look and (before the pandemic) portrait photographers around the country told me that more and more pf their portraits—the ones clients actually buy—were being sold as black & white prints.

The lack of color immediately simplifies an image, causing you to focus on the person, who is the subject of the photograph instead of their clothing or surroundings, which was especially important with today’s featured portrait.

Sometimes the very nature of the subject demands that the image should be photographed in black and white. Arnold Newman’s classic portrait of composer Igor Stravinsky sitting at a piano could never have been made in color and have the same impact that it has as a monochrome image.

How I made this shot: (At right) I photographed Shea, one of my most popular models, at a group model shoot in Arizona. You can read more about her in this post. This is what the original unretouched, unedited color file—Straight Out Of the Camera—looked like. 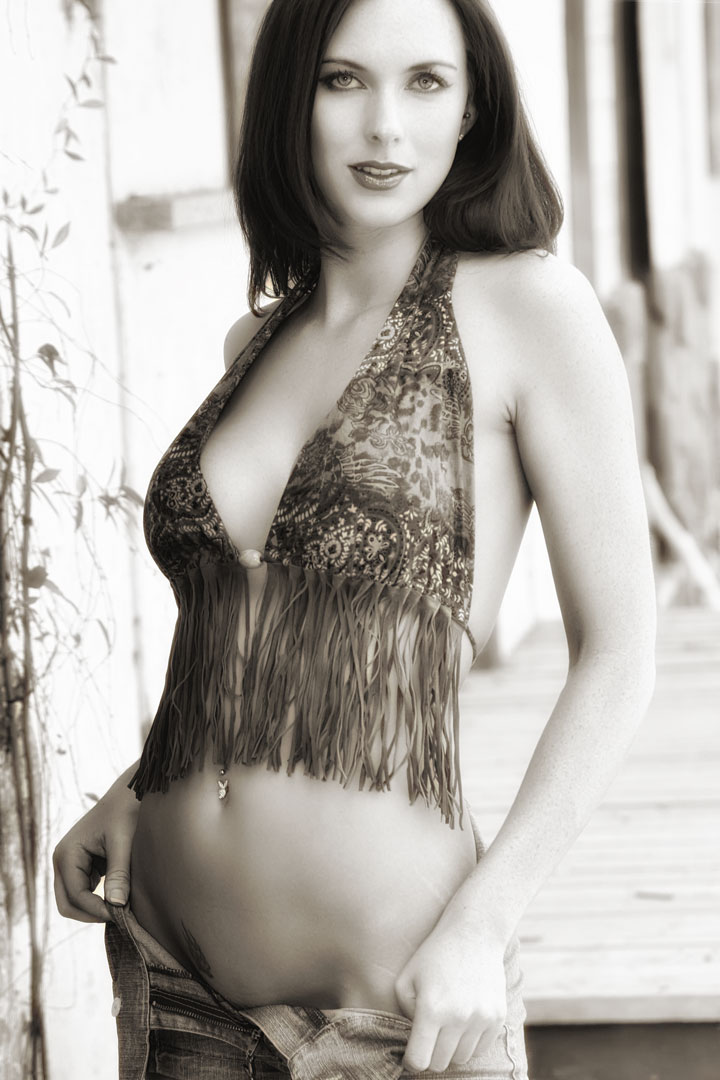 The portrait was made using a Canon EOS 50D and EF 28-105mm f/3.5-4.5 II USM lens (at 105mm) that I stupidly sold. The lens has been discontinued by the manufacturer but you can pick up used copies from many sources, including KEH Camera and Amazon. A 550EX speedlite was used as fill although the capture image file could have used a little more fill. Overall, it’s a somewhat busy portrait with lots of distracting elements. Exposure was 1/160 sec at f/5.6 and ISO 200.

The first step in creating the monochrome version was correcting for the original’s slight underexposure using a technique found in my post Correcting Underexposed Portraits. Then I ran Dfine to minimize any noise. After a minor rotation to make sure the wooden floor behind Shea was more-or-less straight, I did some judicious cropping using Photoshop’s Crop tool with a 2×3 ratio. Next, I did some very minor retouching with Imagenomic’s Portraiture.

The original portrait was shot in color and converted to black and white using Silver Efex Pro. Next I used the Glamour Glow filter that’s part of Color Efex Pro, pushing both the Glow and Glow Warmth sliders to produce a warm, dreamy effect. The final image, I think, places more emphasis on the subject without the distraction of the background or what’s she’s wearing but that’s just my opinion, I may be wrong…

Tips: One of the upsides of converting a color image file to black & white is that color images are much easier to retouch than monochrome files because there are so many more color tones to work with. Tip: It’s a good idea to retouch first before conversion. The finished image was converted to monochrome, not just black-and-white, since it has an ever-so-slight warm tone that’s reminiscent of Agfa’s Portriga paper that was popular in my traditional wet darkroom back in the day.

If you’re interested in learning how I shoot portraits and use cameras, lenses and lighting in my in-home studio and on location, please pick up a copy of Studio Lighting Anywhere which is available new from Amazon.com for the bargain price of $5.71 and $2.23 used, as I write this. The Kindle version is also a bargain at $5.42 for those preferring a digital format.