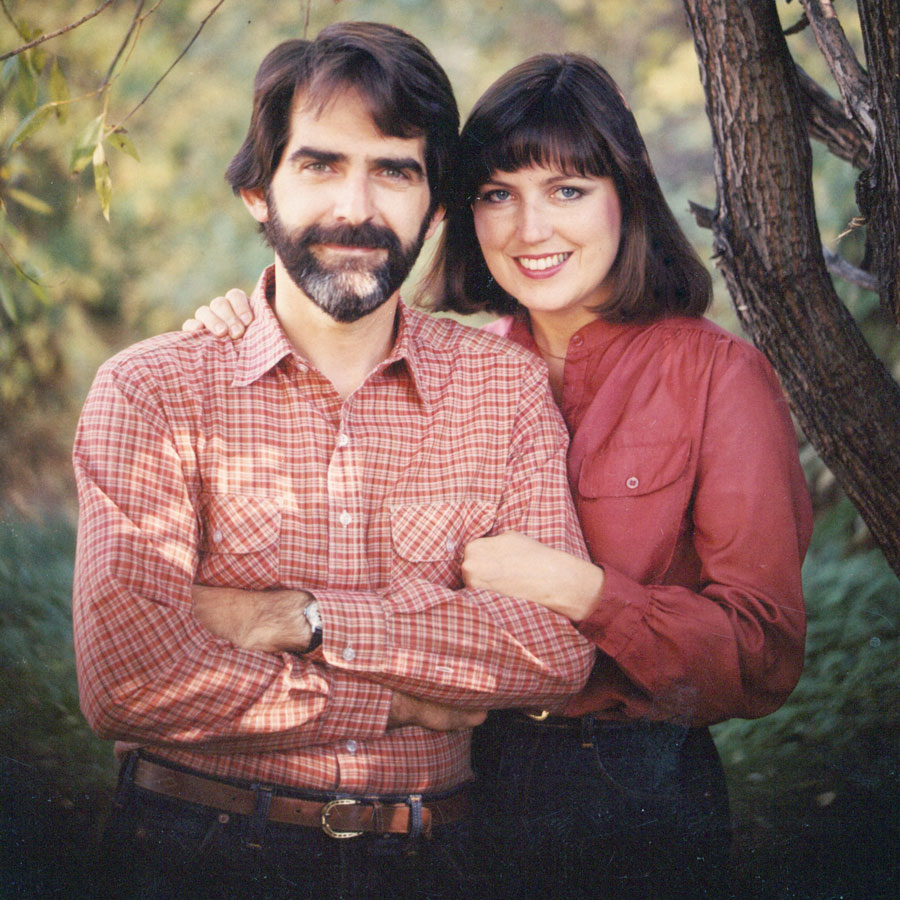 We’ve all heard the expression “Time flies when you’re having fun” but that really got to me when I posted these two portraits of Mary and I for today’s blog that are separated by almost 40 years years.

The gifts for the 39th anniversary are lace or agate.

The 39th year of marriage has been linked with the material lace, a beautiful and symbolic fabric which represents the wonderfully intricate nature of a long lasting marriage. Its entwined threads represent two individuals coming together as a single and beautiful work of art.

Agate is named by a Greek philosopher who discovered the stone by a river in modern day Sicily and dates back to around the 3’rd century BC. It’s a beautiful stone, that’s usually found in volcanic rocks and is characterized by fine banding. Agate is recognized as the traditional gemstone for a couples 39th wedding anniversary. (Don’t tell Mary yet but my gift for her is made from agate.)

The above right photograph was made more than 39 years ago in Denver’s Johnson’s Park a short time before Mary and I were married. It isn’t our official engagement portrait but in many ways I like this one much better than the official one. Interestingly enough, I couldn’t  find a link to our official engagement portrait, which surely must say something. At the same time I don;t recall not linking it and I know we used it for a long time as our official business portrait, so who knows.

How these photos were made: We were in the park to make some photographs for fun and also for me to show Mary how to load and shoot with a Hasselblad 500CM—ah, the film days, remember them? It turns out that it was the very same camera as it turns out that was used to make the above portrait. Lens was a Carl Zeiss Sonnar 150mm f/4 and it was shot on Ektachrome 120 film. Exposure was unrecorded. Here’s how it happened: While we were at the park, Scott LeBaron, a local portrait photographer and a friend of ours, was photographing a high school senior. When he finished his portrait session, he asked if he could photograph Mary and I with our camera and lens and the result was pretty terrific, I think. Thanks you, Scott. 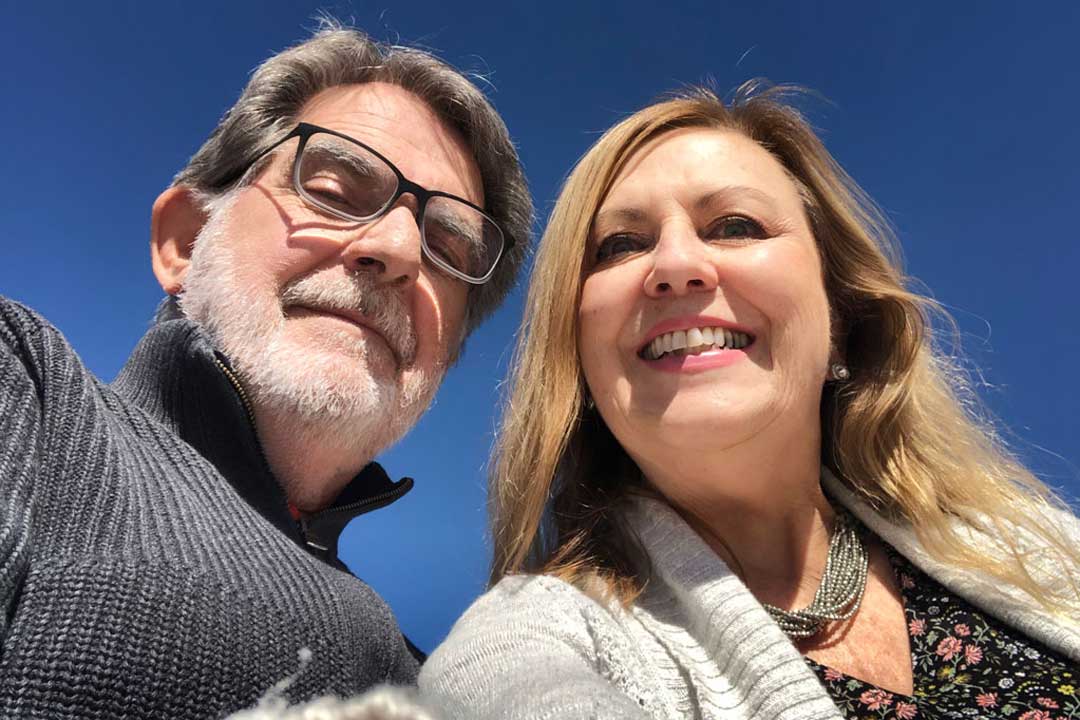 The bottom portrait was a selfie that was made recently. In looking at these two pictures, I’m struck by how fast the past 39 years have flown by.