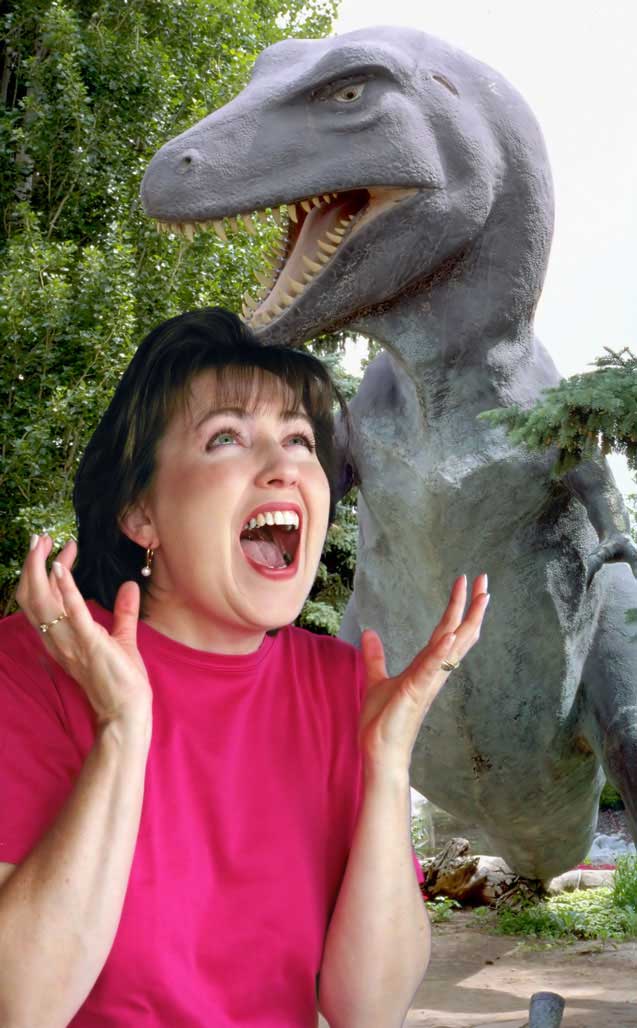 Regular readers know that I’m a movie fan and many times motion pictures are the inspiration for some of my still photography.

Even before the first Godzilla movie premiered in 1954, I was a fan of monster movies and special effects films starting with the original King Kong. As I got older, I became fascinated by monsters created by genre masters such as Ray Harryhousen and so thought it would be fun to recreate a strip of film from an imaginary monster movie. Instead of the legendary Fay Wray, I drafted my wife Mary into playing the damsel in distress.

How I made this shot: Mary was photographed using window light in the kitchen of our former home in front of an old 5 x 6-foot collapsible Westcott Chroma-key background. The full-size Tyrannosaurus Rex was photographed at the Utah Field House of Natural History in Vernal Utah, which has a wonderful outdoor museum that is literally a real Jurassic Park, except their sculptures don’t bite. I know Godzilla is not a T-Rex but that’s the closest I could get to a real-life monster. 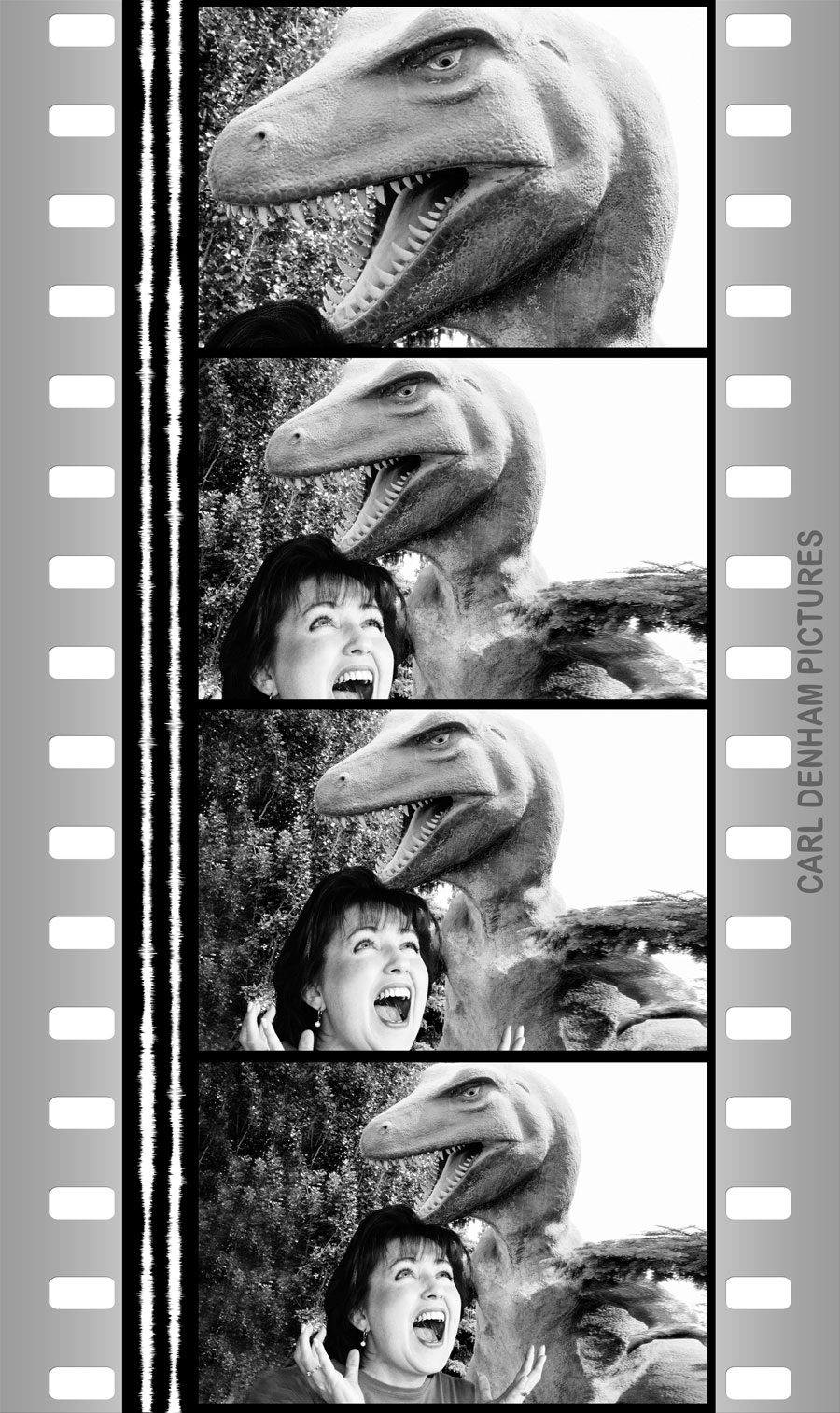 The two different images were combined using Digital Anarchy’s Primatte Chromakey, a Photoshop-compatible plug-in that lets you to create a composite image by removing the blue/green screen background from a photograph leaving the subject against a transparent background.

The original Gojira (the film’s Japanese title) was a black and white movie so I converted the color composite image into monochrome using OnOne Software’s Perfect B&W. I cropped the black and white image into a series of photograph to make it look as if was a zoom or tracking shot being played out in the film frames or a least I tried to.

The filmstrip effect you see was a custom Photoshop action that was created for me by PanosFX’s Panos Efstathiadis and is a variation of his commercially available Filmstrips Photoshop actions. This particlaur variation never caught on with anybody but me, so what Panos/FX currently offers is the latest, improved and in many ways more versatile Photoshop actions. You can read more about his current Filmstrip actions here.

If you enjoyed today’s blog post and would like to treat Joe to a cup of Earl Grey tea ($2.50), click here. And if you do, thanks so much.