A personal note: I recently had surgery and my right arm will be in a cast for two weeks. After that I’ll have a brace for several weeks, which I understand will let me make photographs and type, more or less. Check my Instagram feed (@joefarace) for updates on how I’m doing with posts from Mary.

One of the reasons that people are sometimes disappointed with prints made from digital camera files is usually not the quality of photograph but what’s missing from the image. What’s missing might be Uncle Bernie who was on the edge of the group photograph you made at last year’s family reunion. It’s not that you don’t like Bernie— when you look at the file on a computer he appears in the image—it’s just that he’s a victim of a difference in aspect ratio between your camera and the print. 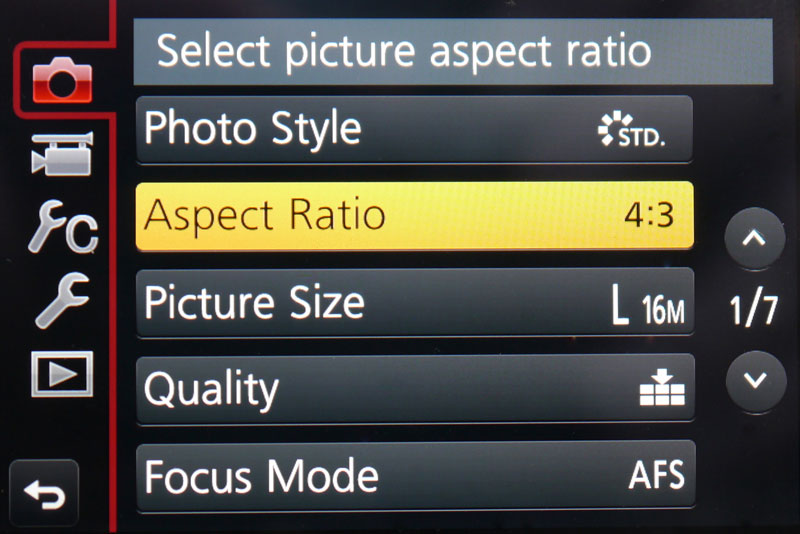 Aspect ratio is the relationship between the height and width of the image and is usually expressed with two numbers. Traditional 35mm film cameras and full frame DSLRs and mirrorless cameras use a 24x36mm (3:2) format but most digital cameras also let you shoot in this and other, different aspect ratios and it’s these differences that can cause problems when making prints on standard-sized photo paper. A 4×6 print, for example, has an aspect ratio of 3:2 making it perfect for some cameras (no cropping) while an 8×10 has an aspect ratio of 4:5 making it “ideal” for other shaped files.

There’s a more here than just mismatched aspect ratios. Digital camera sensors are often cropped internally to match up with one of the standard print aspect ratios and that can cause problems in the “what you see is what you get” department too. If you’ve ever made a picture and knew you captured the entire image but somehow the file seems cropped you know what I’m talking about. Sometimes this mismatch only crops the image a little tighter and many times a photo can benefit from being a little tighter anyway so it may not be a problem with most of your shots but difficulties can occur when a subject gets too close to an edge. 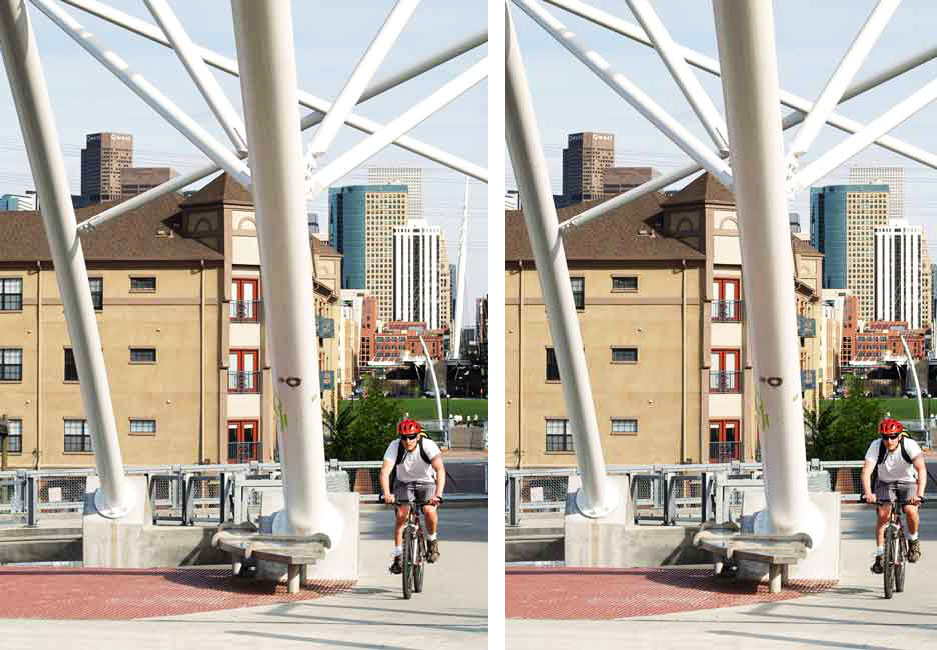 The above (left) photograph was made by Mary with an Olympus camera that produces images with an aspect ratio close to that of 4×5 or 8×10 prints. Problems occur when you decide to make a 4×6 or 5×7 print from this file. When cropped into a 4×6 print (right) the bike rider gets dangerously close to the edge and since automated photo printers often crop somewhat from all the image’s edges anyway, my guess is that an actual 4×6 print made from this file would clip the rider’s elbow. No big deal you say for this photo but what about a group shot of your son’s preschool class? You could crop one of the kids on the edge of the frame in half!

Sometimes the best way to solve the cropping dilemma is to change the print size, which in turn changes the print’s aspect ratio. 5×7 is slightly different (wider) than 4×6 but by now you should begin to understand the cause of the problem.