In fact, one reader once told me that the main reason why he enjoyed shooting IR was because he could only shoot during his lunch hour, which is the worst time for color photography but is the absolutely best time to shoot infrared. 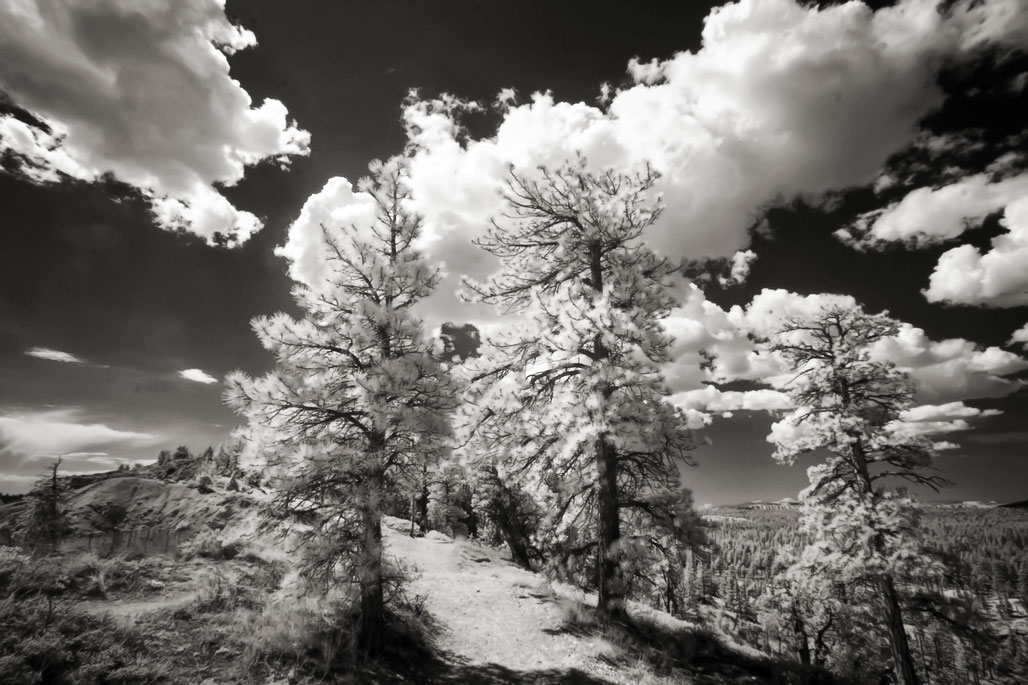 Exposure meters aren’t sensitive to infrared light, so theoretically it’s difficult to determine exact exposures but that doesn’t mean you shouldn’t at least try. Your camera’s LCD screen can provide a reasonable amount feedback but the resulting histogram may be misleading. That’s because subjects that seem equally bright when viewed under visible light may reflect infrared radiation at different rates and exhibit different IR brightness levels. So here’s a few tips for your first infrared shoot: