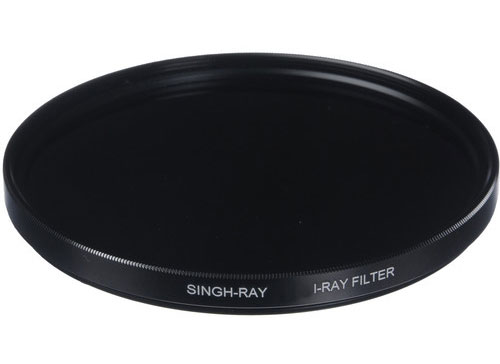 There are, at least, two basic methods for capturing infrared images with mirrorless cameras: The first is by mounting an infrared filter such as the Hoya R72 on a camera’s lens. Other filters, such as Singh Ray’s I-Ray or Cokin’s A007 filter, this latter one may be hard to find, work well with the Singh Ray being the most impressive and also most expensive. The second option is having the camera converted to IR-only operation from companies, such as LifePixel, that offers IR conversions with a variety of filter options.

The advantage of using an on-lens filter is that this approach is relatively inexpensive but because the filter is so dense, it can produce slow shutter speeds. IR-conversion, on the other hand, is more expensive and after conversion you can only use the camera for IR-capture. The big upside is that it can then be used like any other camera producing hand holdable shutter speeds—no tripod necessary.

How I made these shots: For the below pair of shots, I attached a 52mm Hoya R72 filter to a Lumix G Vario 14-45mm f/3.5-5.6 lens mounted on a Panasonic Lumix G5 and immediately saw the results on the camera’s LCD. The camera responded well in Manual mode and when I shifted into Program mode it again produced acceptable exposures. The G5’s autofocus system also blasted right through the filter and quickly focused on the subject matter. 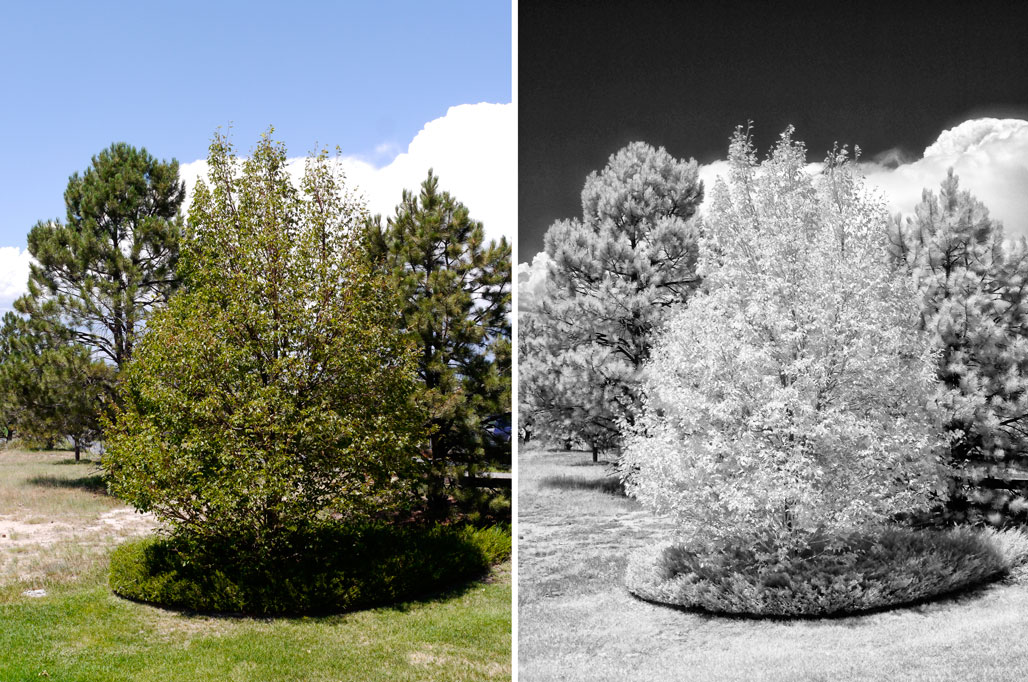 The image on the left is a perfect infrared test subject: A deciduous tree bracketed by two evergreens that don’t reflect as much IR radiation along with blue sky and white clouds. Exposure for the first shot was of 1/400 sec at f/10 and ISO 400. The image at right, with the R2 filter in place, produced an exposure of 2.5 sec at f/4.8 and ISO 400. If you shoot the camera in Monochrome mode you’ll get a black and white image as shown here. If you shoot in RAW, you’ll need to do some processing as shown here.

This was the case with my Panasonic Lumix G5, other mirrorless cameras may behave slightly differently so the only way to find out what works for your camera is to try it with an infrared filter that you borrow or purchase with the understanding that if it doesn’t work you can return it.

My book, The Complete Guide to Digital Infrared Photography is available from Amazon for with new copies selling for $15.99 and used copies starting at $10.21 as I write this. Creative Digital Monochrome Effects has a chapter on IR photography and is available from Amazon with new copies at $31.40 with used at a little more than two bucks, as I write this.There’s no Kindle versions available, sorry.