Depth of Field: It’s Not that Hard

“And the wide-angle (lens) meant poor depth of field.”—Peter Robinson, in his book Not Dark Yet.

Mr. Robinson is a widely respected UK-based writer of mystery novels but I’m sorry Peter, a wide angle lens means that you will have more depth-of-field, not less.

Don’t you hate it when novelists get details wrong? In my experience, it seems as if more than a few fiction writers are always getting specifics of cars and guns wrong, and I know very little about guns but enough to spot errors. Photography too it seems. And don’t get me started on the sloppy way that book designers handle windows and orphans* these days. It also seem that the more famous and best selling an author is, the less likely the publisher bothers is to copy edit, fact check or even spell check them! Yet, Mr. Robinson, thanks his copy editor by name in the back of Not Dark Yet, an otherwise interesting thriller.

If you’re new to the concept of depth-of-field, here are a few basics: When focusing a lens—or if the camera is doing it—on a specific subject, all of the subject matter that liee on that plane of focus (at that distance) are critically sharp. Objects that are not on the same plane of focus are theoretically out of focus but in reality there is a range of acceptable sharpness. And that’s where depth-of-field comes into play. 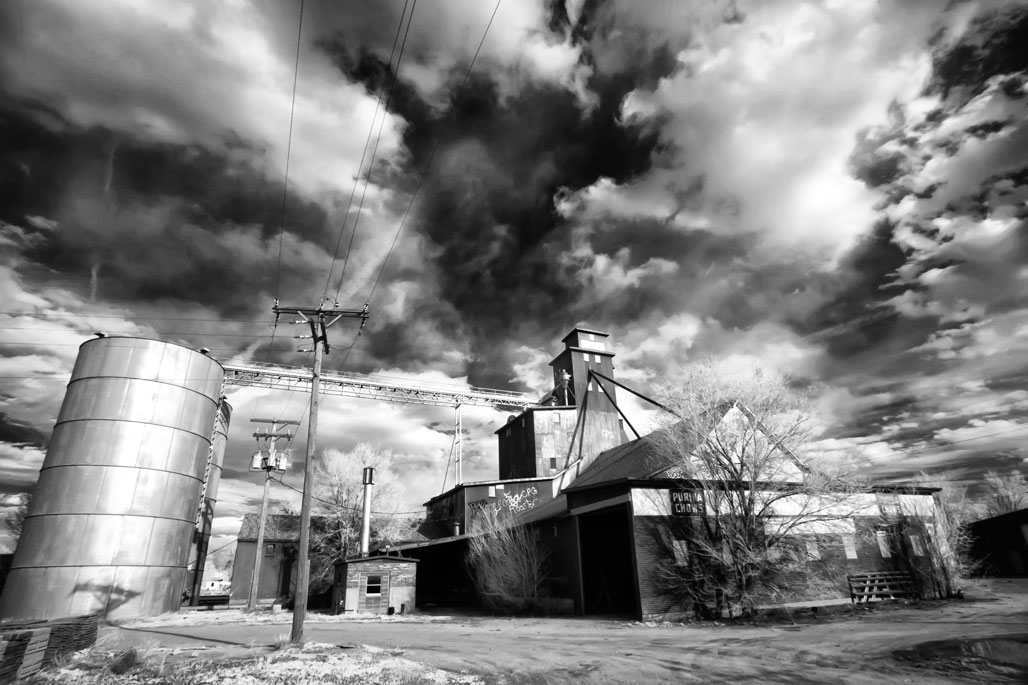 That’s because at typical shooting distances, one-third of the area that lies in front of the plane of critical focus and two-thirds behind it are (again) theoretically in focus. This is area is called depth-of-field  which will vary depending on a lens’s focal length, the distance to the subject and the aperture used. Using a lens with a wider angle-of-view increases the apparent depth-of-field while using a longer focal length lens decreases it.

Tip: My personal rule for landscape photography was to always use a small aperture to produce the greatest amount of depth-of-field. But not too small. Really small apertures can create diffraction. *You can read more about diffraction here.) This may also mean that you may have to use a tripod to steady your camera because of the slow shutter speeds produced at smaller apertures. If you have time read my linked post Four Reasons to Use a tripod. Working with a tripod also enforces a slower more deliberate approach to composing images, so a side benefit is that the composition of your image may be a little stronger as a result.

Life Pixel does a great job with IR conversions and they have done most of the conversions for my Canon DSLRs and for all of my Panasonic Lumix G-series cameras. This is not a paid or sponsored endorsement just my experience.