Some Thought for Today by Joe Farace 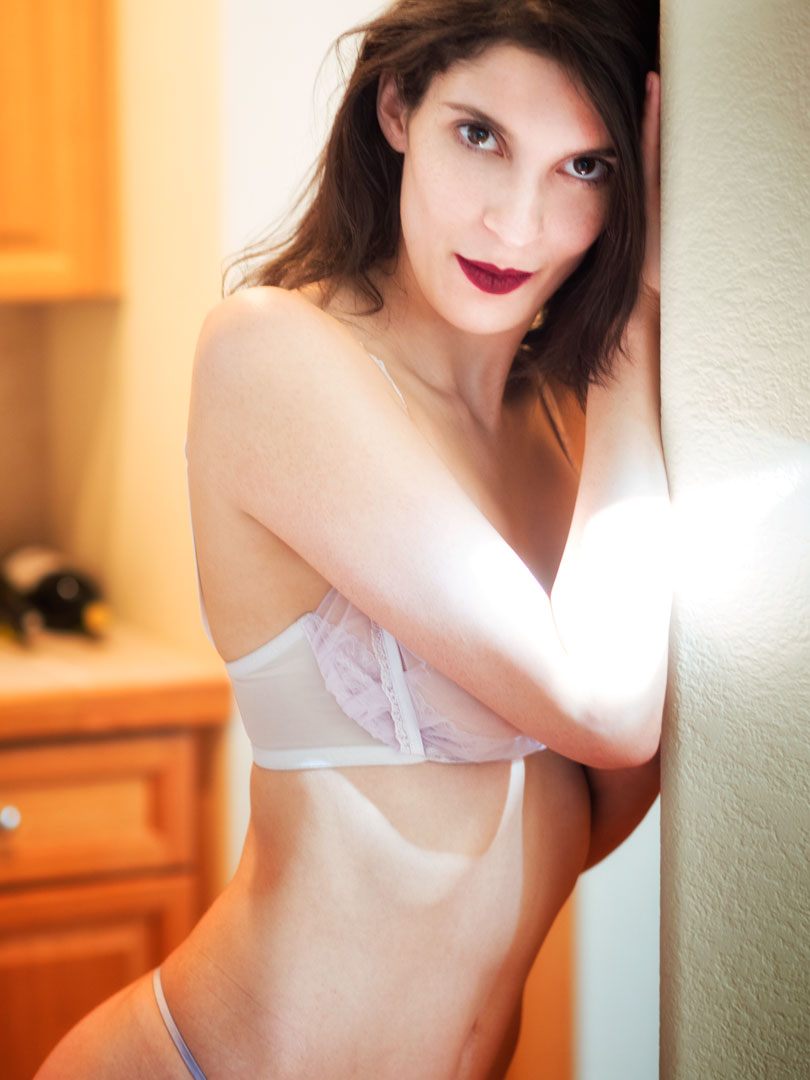 It may come as a surprise to some of you but I sincerely believe that you don’t have to spend thousands of dollars on equipment to make high quality glamour or boudoir photographs. Of the three mirrorless camera bodies that I regularly use only one of them was purchased brand new.

When a new digital camera is launched, lots of photographers who want to be the first kid on their block to own the newest camera will often trade in their cameras so they can have the latest model. This is the best time to buy that previously latest camera and let the other person take the depreciation hit. Or even new. Sometimes dealers, even Amazon, mark down the price of the older model so you can but the older model and it’s brand new in the box. I purchased a new Olympus E-M5 Mark I for a substantial discount after the Mark II model was announced.

How I made this shot: I photographed Erin Valakari in the doorway to a butler’s pantry using a combination of daylight from a large window at camera right along with fill from a 32-inch round reflector. Camera used was a Panasonic Lumix GH4 (introduced May 2014!) with a M. Zuiko 45mm f/1.8 lens with an exposure of 1/50 sec at f/5.6 and ISO 400.

There are also subsets of used cameras called demo and refurbs. From time to time camera stores offer demo gear for sale so it pays to have a sales person that you work on a regular basis to keep you informed of these bargains. Refurbs are similar but somebody may have previously owned it and there may or may not be a factory camera warranty in the package. Used cameras are available from many sources. For more than twenty-five years, I’ve purchased used equipment from KEH Camera  and they remain a dependable source of used gear for me. 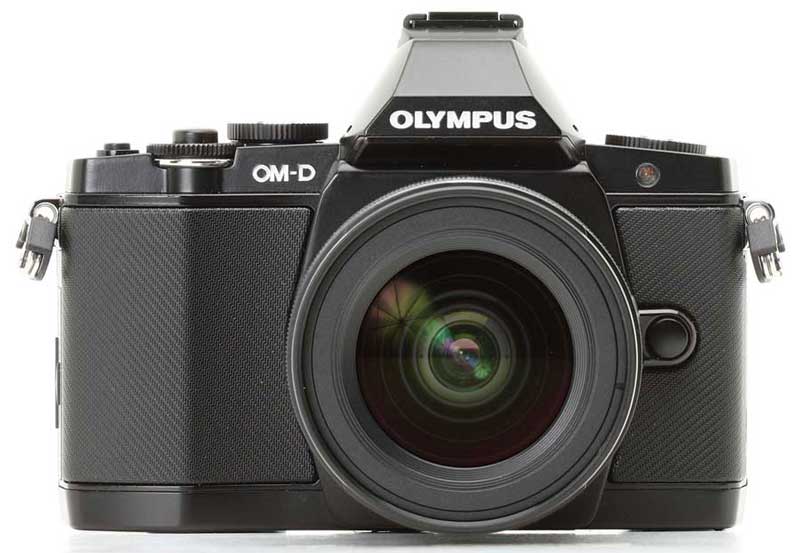 Local camera stores, if you’re lucky enough to have one, often have a selection of used gear and some camera clubs or organizations sponsor photo shows where you can actually see, hold and buy used gear. Don’t forget that your friends are a good source of used cameras too. It’s a win-win for both of you.

I’ve sold some cameras and lenses on eBay as well as purchased a few, some from as far away as Japan. And while the bargains that abounded in eBay’s early years have pretty much evaporated, it remains a great place to buy hard-to-find items. With my new focus on film photography, I’ve been checking out eBay for an Olympus OM film (or Maybe Minolta) SLR. I’ll keep you posted if I find one—I’m picky, I like’em to look good too—and will post a review here.

The final point is that I don’t care if the cameras that I buy are used because I’m going to use them anyway. It’s like getting a door ding in a new car, the first one is painful but you soon get over it. With used equipment—cars or cameras—I don’t mind if maybe they already come with that “first dent,” now I can just use it happily shooting and making photographs.

My book Joe Farace’s Glamour Photography is full of tips, tools and techniques for glamour and boudoir photography with new copies available from Amazon for $28.79, as I write this. Used copies start at the hard-to-beat price price of $5.67 and the Kindle version is $19.99 for those who prefer a digital format.