Over the years of shooting infrared, whether it was film or digital, I’ve found that I get the best, or at least the most interesting, results when shooting with wide-angle lenses. For instance… 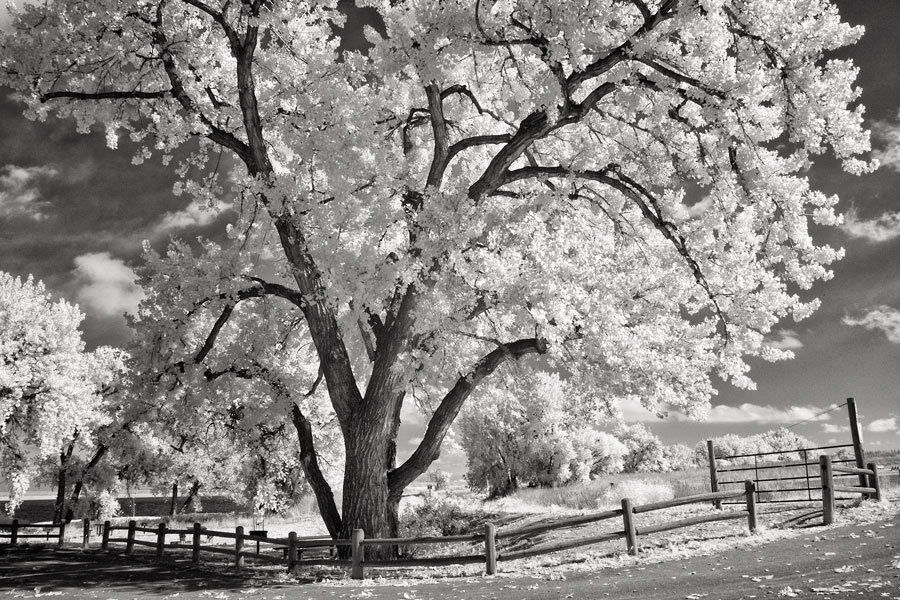 How I made this shot: The above digital infrared shot was made at Barr Lake State Park the day before a big snowstorm was due to blow most of those leaves away. The camera used was an IR-converted Canon EOS Digital Rebel Xti with Zeiss 18mm Distagon T* f/3.5 mounted and the balance of this lens on the lightweight Xti body was superb. The Digital Rebel’s 1.6x multiplication factor changes the lens’s angle-of-view to an equivalent of 29mm but that’s just a fact of APS-sized sensor life. Exposure was 1/125 sec at f/16 and ISO 400 with a plus one-stop exposure compensation. The RAW file was converted to monochrome using Silver Efex Pro. 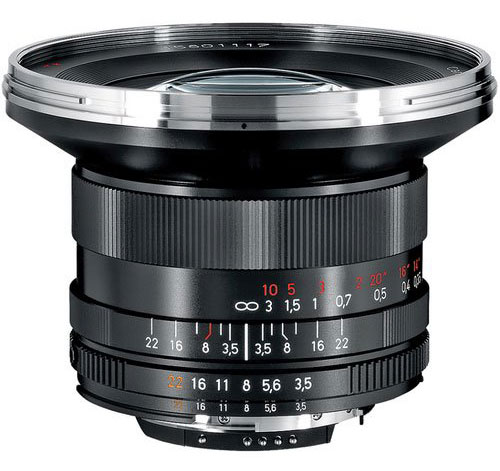 Short focal lenses are typically composed of glass elements whose shapes are symmetrically placed in front of and behind the diaphragm. As the focal length decreases, the distance from the rear element to the film plane or digital sensor decreases and can even protrude into the mirror box of a DSLR requiring the camera’s mirror to be locked-up in order to use the lens. A retrofocus lens solves this problem by using an asymmetrical design allowing the rear element to be further away from the plane of focus than its effective focal length might otherwise suggest.

The Distagon T* 18mm f/3.5 lens that I used to make the above photograph has since been replaced by Zeiss’ Milvus 18mm f/2.8 ZE Lens. The 18mm Distagon is small and light (1.12 lbs vs. 1.59 lbs for the Milvus) for its wide 90 degree angle-of-view with full-frame sensor cameras where’s it capable of delivering true wide-angle lens performance. Tip: I’ve seen used Distagons on sale for as low as $750 vs. the Milvus priced at $2299, as I write this.

My book, The Complete Guide to Digital Infrared Photography is available from Amazon with new copies selling for $16.95 and used copies starting around three bucks, as I write this. Creative Digital Monochrome Effects has a chapter on IR photography and is available from Amazon with for $23.79 with used copies starting at around two bucks less than the price of a Starbucks latte.