Behind the Scenes: Lens Testing with a Brick Wall

I was never the kind of guy that would shoot lens tests using a resolution chart such as the classic 1951 USAF resolution test chart.  I never even shot the “poor mans’ resolution chart” by taping a sheet of newspaper to the wall and shooting that. But I am a big fan of shooting a brick wall but not so I that can brag about how great or bad a lens is at the camera club or on on-line forums. I have successfully been using this kind of test with all the lenses that I’ve reviewed Shutterbug but also when I get a new lens for my personal use and write about it on this blog. When people attending one of my PhotoWalks (when we get them restarted) ask, “well, how sharp is that lens?” I can tell them how it went with my brick wall test. 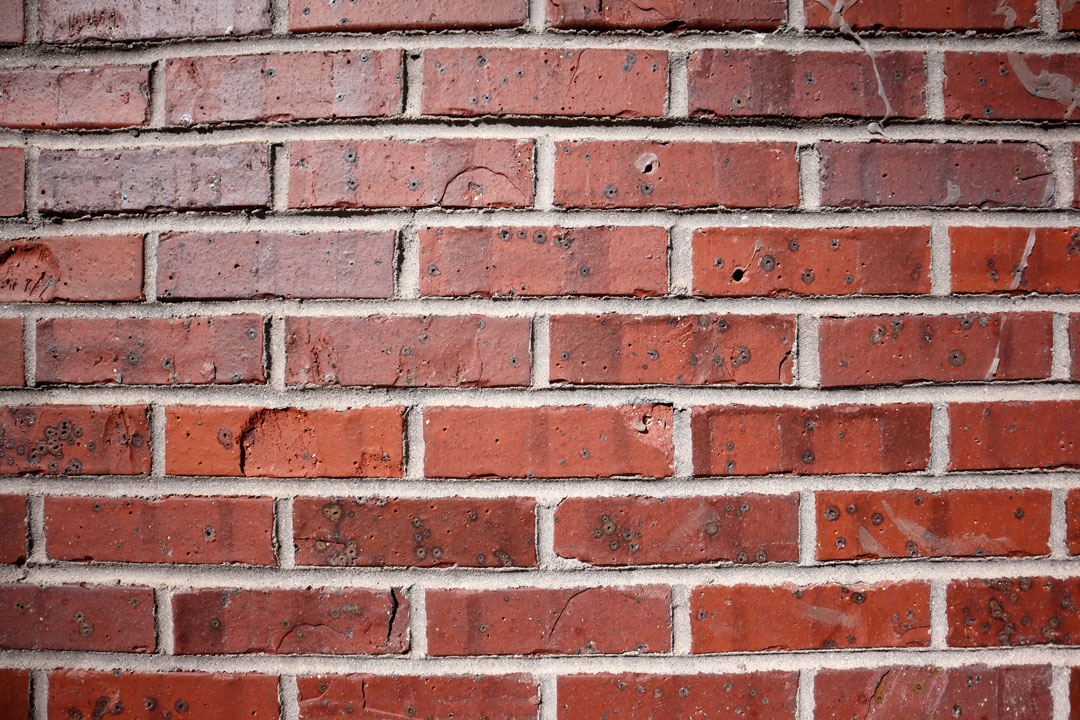 You can use the Brick Wall Test too. Not just to test for sharpness but also use it to check for distortion and vignetting. With any good lens, edge sharpness should increase as a lens is stopped down. Barrel distortion causes the edges of the image to bend outward and pin cushion distortion causes the edges of the image to bow inward, all of which is easy to see in a photograph by looking at the alignment of the mortar in a well-placed rows of brick. Vignetting, which is also affected by aperture, can show a gradual darkening towards the image’s corners, which is not all that bad for portraiture and even Ansel Adams burned the four-corners of his prints to focus the viewer’s attention to the subject. But like everything else in photography, it’s your call whether this is a good or bad thing. But I’ve tested lenses for Shutterbug where the vignetting was different on different edges of the frame.

How I Made this Shot: This shot of the brick was was made with the Canon EOS M6 Mark II EF-M and 15-45mm f/3.5-6.3 IS STM lens. At f/3.8 and 15mm, the EF-M 15-45mm f/3.5-6.3 IS STM lens exhibits a mixture of both barrel and pincushion distortion, sometimes known to as mustache or complex distortion. It starts out as barrel distortion close to the image center and gradually turns into pincushion distortion towards the edges, making horizontal lines in the top half of the frame look like a handlebar mustache. Oh yeah, there slight vignetting in the corners too but that goes away by f/8. This is not a very good lens…

So if you pick up a used or new lens and want to see how much of a bargain it really is, go shoot a brick wall at different apertures and if it’s a zoom lens, be sure to shoot it at different ends of its focal length range. Then blow the shots up filling your monitor, checking for sharpness in the center and edges. The Loupe tool that’s built into Adobe Photoshop/Bridge works pretty good for this too. The other aberrations should stand out clearly enough, again depending on how well the courses of bricks were laid.

If you would like to see the actual wall of bricks I use for my testing and Shutterbug lens reviews, I’ll be sponsoring a free Photowalk in downtown Parker sometime in 2021 and part of the walk will take us past that very wall.

Barry Staver and Joe Farace are co-authors of Better Available Light Digital Photography that’s currently out-of-print but new copies are available from Amazon for $21.87 with used copies starting at $4.75, as I write this, which seems like a bargain to me. The Kindle version, for some reason, seems overpriced but you should know that neither Barry nor I set these prices—Amazon does.