A Few Thoughts About How to “Find the Light”

Chiaroscuro, as Italian Renaissance painters called it, is the use of light to achieve a sense of three-dimensionality within a two dimensional frame.

All of the Internet famous photographer’s have a favorite catchphrase or two, however, I’ve never even had one. I know you’ve heard me say “Light is light” a number of times but that phrase was borrowed from a local photographer who helped improve my craft back almost forty years ago when I was emerging from a “I know everything about photography” phase. (Now I’m in the “I know what I don’t know” phase.) Sometime you will hear me talking/writing about “seeing the light” and I’m not sure how original that particular catchphrase is either.

Recently a reader wrote asking about how to find the light. The short answer is that you start by just looking but there’s more to it that that: Light has four major components: color, quality, quantity, and direction. When trying to master exposure, seeing the light is the key to mastering the art and craft of photography. I said art because while there are the obvious technical or craft aspects of using a camera to produce/predict the “correct” exposure, you have to be able to see where that light comes from. 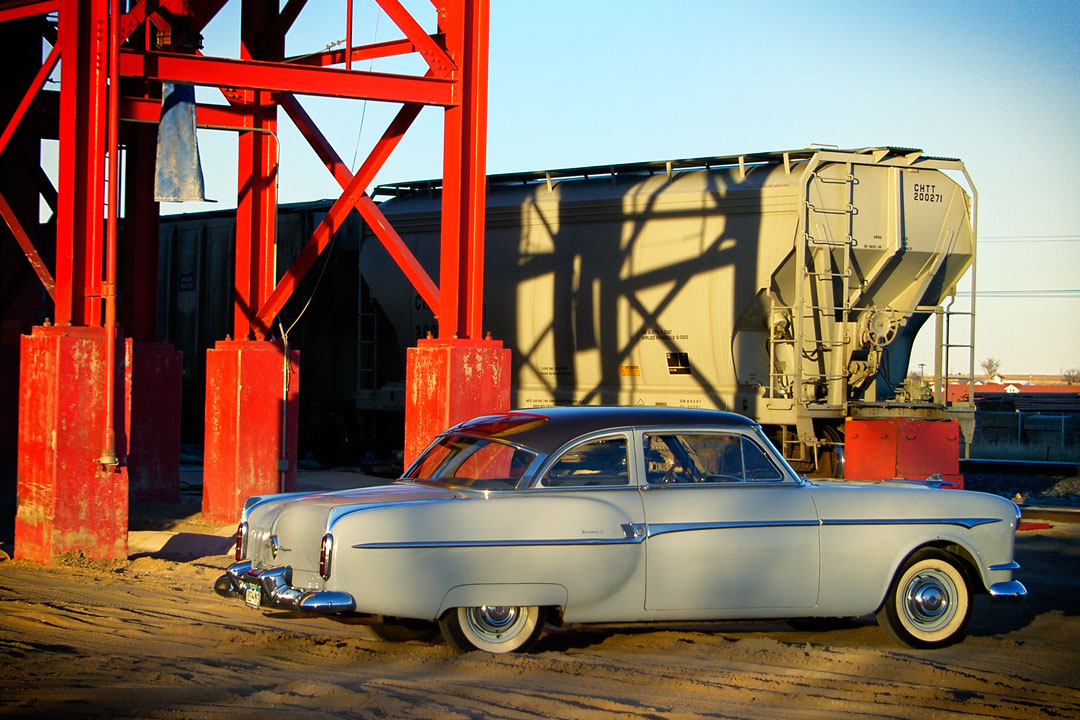 How I Made this Shot: My former 1953 Packard Clipper Club Sedan was photographed at a railroad siding in Brighton, Colorado using a Samsung Pro —yes, they used to make cameras—with an exposure of 1/600 sec at f/3.2 and ISO 50. I really miss that car.

Learning to see the light and translating all that Chiaroscuro into a photograph is not difficult but takes practice. That practice should take the form of not only constantly making new images but also taking the time to analyze those photographs after you’ve created them.

I think many times the subject of a photograph is really the light but that’s a story for another time. Instead look at the shadows and the highlights, keeping in mind that the difference between the two determines an image’s contrast. Dynamic range is a technical term that’s used in a number of fields, including photography, to describe the ratio between the smallest and largest possible values of something, in this case, light.

The other part of making consistent and correct digital exposures is understanding the technology that’s inherent in the process. Take histograms for example. They can be an invaluable aid in evaluating light under more or less normal circumstance but the histogram for some images might look as if they were over or underexposed even as the image looks exactly what you wanted. How a histogram appears ultimately depends on the subject and the light, which is why the final part of the equation is learning how to see the light. It may be tired cliché but it’s nevertheless true whether you’re using a DSLR or mirrorless camera. The secret, as always, is practice.

Along with photographer Barry Staver, I’m co-author of Better Available Light Digital Photography that’s available from Amazon for $21.49 prices with used copies starting at giveaway prices—around five bucks, as I write this, which may be cheaper than your morning Starbucks coffee. The Kindle price is really high for some reason‚ not Barry or I.